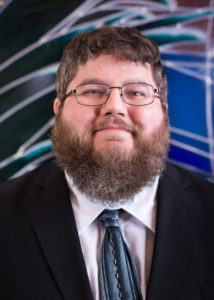 Rabbi Aberson, who prefers to be addressed as ‘Rabbi Brodie’, received his ordination from the Ziegler School of Rabbinic Studies. His degrees include an MA in Middle Eastern Studies from Ben Gurion University of the Negev and a Certificate in Education from the American Jewish University. He also has a BA in Anthropology from Muhlenberg College.

Rabbi Brodie’s driving goals are to connect Jews to their traditions, their texts, and to each other. He believes, “By building stronger relationships with each other and our traditions we can build even better communities.” Rabbi Brodie believes Jewish education goes far beyond Bar or Bat Mitzvah. One of his goals is to instill a love of Judaism across the generations.

“I felt the love and warmth that this congregation is known for from the first moment I stepped onto the TBSEV campus,” Rabbi Brodie continued, “I am excited to become a part of it, and cherish the opportunity to dedicate my life and work to serving Temple Beth Sholom of the East Valley. I hope to make a positive impact, and help guide the way towards another 70 years of Jewish life and learning in the East Valley.”

** As of July 1, 2022 Rabbi Brodie has decided to not renew his contract with Temple Beth Sholom of the east valley.  Our Rabbi Search Committee is working diligently to finding a replacement Rabbi. We all wish Rabbi Brodie the best in any of his future endeavors. ** 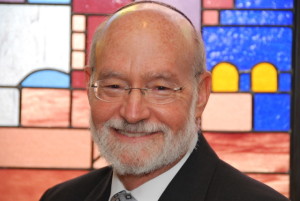 Rabbi Kenneth Leitner retired as Rabbi of TBS-EV following the High Holy Days in 2017, and was honored to be named Rabbi Emeritus of the congregation. He made aliyah to Israel at the end of December 2017, and is now residing in Karnei Shomron, Israel. He now holds dual American-Israeli citizenship.

Rabbi Leitner is a native Californian who has served congregations in NY, CT, PA, CA, and GA. Ordained as a rabbi in 1976, he completed his post ordination doctoral work in the Talmud department of the Hebrew University of Jerusalem, and holds an honorary doctorate from the Jewish Theological Seminary of America.

In addition to his calling as a congregational Rabbi, he served for a decade as the senior Jewish chaplain for the Dept. of Mental Health in the state of Connecticut. In addition, Rabbi Leitner has served on the faculty of the Institute for Jewish-Christian relations at Muhlenberg College in PA; taught at the College and Seminary of the Holy Apostles in CT; and served as both a faculty member and board member of the Lehrhaus Judaica at Stanford University.

He is a noted educator, and has been involved with the founding of two Jewish Day Schools and a Community Jewish Supplementary High School. The senior class of the high school honored him with an award ‘as teacher of the year’ for excellence in classroom teaching.

Should you need to contact Rabbi Leitner please use the link below, or write to RabbiLeitner@tbsev.org.